Already 1.11 kg of CO2 saved thanks to eco-mode on this site. Do you want to make an effort for our planet? Discover more

The Aubrac plateau Laguiole, capital of Aubrac Aubrac, emblematic village of the plateau The Truyère gorges Our villages and territories The Way of Saint-Jacques-de-Compostelle The Aubrac cow

Stopover gîtes Accommodation on the way to Santiago de Compostela

On the Aubrac plateau, water is present in different forms: torrents, peat bogs, boraldes, lakes and waterfalls. These four waterfalls from the north of Aveyron, the spillway of a glacial lake or the precipitation of a stream, will amaze you with their originality and their singularity. Discover them during a hiking trail and let the sound of water guide you through the trail. 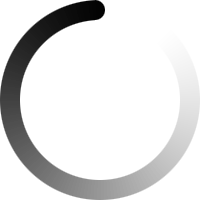 Our waterfalls to discover

This impressive waterfall is located between the Montézic dam and Lake Saint-Gervais in Viadène. It's about a succession of seven waterfalls in a granitic chaos, on which rushes the small stream of La Plane. Its waters make their way to Lake Couesque. The name “dog jump” is due to this big rock that can be seen at the foot of the waterfall, surmounted by a stone dog head shape.

Ce wild decor can be observed from the top of two wooden platforms, from which one can see in the distance the small village of Valon and its castle which dominates the Truyère valley. At the bottom of this waterfall, in the bowels of Truyère gorges, is thehydroelectric plant de Montézic commissioned in 1982 and dug into the granite more than 400 meters underground.

From the Monnès car park, a personalised tour of 5 kilometers and approximately 1h30 will allow you to take advantage of the freshness of undergrowth, chestnut grove and of course this beautiful landscape.

Located in the town of Laguiole, below the village, the Oules waterfall flows in full width. “Oules” means pot in Occitan. This name is given to it because of the shape of its rocks dug by water. Its water generated a whole economy thanks to various activities (mills, fish farming, carding).

This pretty waterfall is accessible by a 3,5 kilometer hiking circuit lasting approximately 1 hour and 15 minutes through the woods. This walk also offers you a nice panoramic view from the village of Laguiole on the way.

This cascade de 30 meters high is located in the national forest of La Roquette-Bonneval, near Curières. The Devez waterfall, nicknamed “Salt de la Gleiso”, is located on the Dourtigousse stream, a tributary of the Menepeyre. It has its source near the Trap de Curières rescue house. Its 3 kilometer watercourse is just a long fall on rock, the highest fall of which is in front of you. According to the seasons of the year, its flow can vary.

The waterfalls at our neighbors

The Déroc waterfall, not to be missed

Located in the department of Lozère nearly Nasbinals, this 30 meter high waterfall is a must see from the top Aubrac plateau, offering a panorama postcard. The Deroc waterfall has its source in the glacial lake of Sailhens, located a little higher, and flows into the Plêches stream or Gambaise stream. At the bottom of it, you will see its cave made up ofgiant basalt organs.

It is easily accessible, from the car park it takes only 5 to 10 minutes on foot.

The Lacessat waterfall, a secret corner

La Lacessat waterfall is located in the town of Prades-d'Aubrac in Aveyron, on the famous road “Trans’aubrac”. To park, a small dirt car park is provided just above, which makes the waterfall very accessible. This magical place is ideal for a shaded picnic with the family during the high summer heat. In summer, your children will love to hide behind the waterfall and observe the few crayfish that are there.

This surprising waterfall is in the glacial valley du Siniq, near the hamlet of Capat, in the municipality of Malbo (Cantal). It's an ideal family outing, as the walk to the waterfall is only 20 minutes round trip. The Siniq river flows from the top of this waterfall to fall 15 meters lower into the natural pool lying at his feet.

The 8 waterfalls of the Brezons valley and its upper valley

La Brezons Valley, between the mountains of Cantal et Truyère gorges, is full of surprises. With its walks to the sound of water composed of gateways et wooden bridges, belvedere and vertiginous staircase, this valley of a thousand sources promises you unforgettable memories.

Our viewpoints and summits

Thank you for taking the time to let us know that this content was helpful to you. Your encouragement is essential to us, and your feedback allows us to improve.

Thank you for taking the time to let us know that this content was not helpful to you. We're sorry about that.